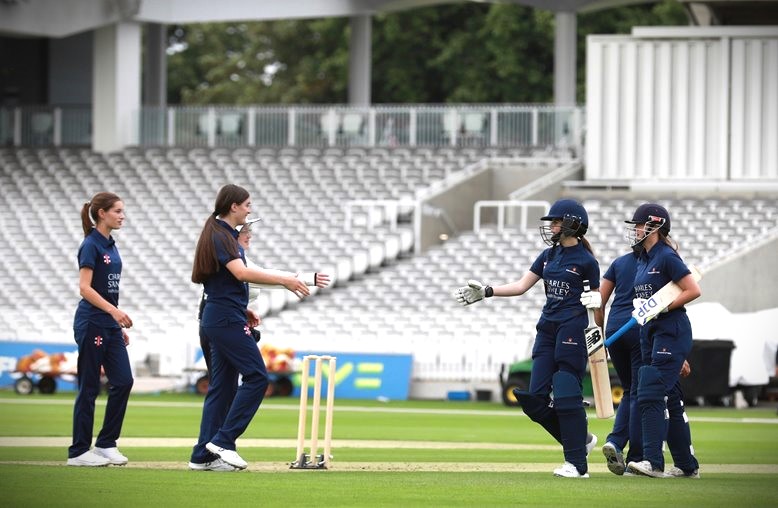 The event marked the conclusion of a 20-week long competition that has seen boys and girls aged 15 and under from 74 sites across the country competing against one another for a chance to play at the Home of Cricket.

The event did not disappoint, with two exciting finals comprising of the charity’s most talented beneficiaries taking place on the Main Ground.

In the Boys Final, Newcastle beat Nottingham convincingly by nine wickets, with some eye-catching batting and fielding on display including a fantastic run out in the third over of the match. Newcastle Captain, Charlie Cook, scored 36 not out, sealing victory with four runs. Newcastle’s Conn Sullivan was named Player of the Match.

In the Girls’ event, Bolton came out on top against Guildford Hub after a nail-biting final over, with Bolton’s Neve Bolton hitting a spectacular six to seal victory. Neharika Shenai scored an impressive 43 for Guildford. Bolton Captain, Megan Russell, scored 37 and was named Player of the Match.

Guildford Hub are supported by the Cricket Society Trust.

Both finals took place in succession on the Main Ground in front of a packed-out Pavilion and Tavern Stand. Hundreds tuned in to watch the livestream on MCCF’s YouTube channel, with expert commentary team, Guy Swindells and Cath Dalton being joined by players, Hub Managers, and other guests from the world of cricket throughout the day.

Following the success of last year’s inaugural event, MCC once again pulled out all the stops, providing all four teams with an unforgettable experience, including access to the Pavilion Dressing Rooms and lunch served in the Players’ Dining Room.

The National Hubs form the cornerstone of the MCC Foundation’s work in the UK, ensuring that every young cricketer can be empowered to reach their full potential in the game, regardless of race, gender, or socio-economic circumstance.

The Hubs also look to nurture young talent, creating opportunities for promising young cricketers to hone their skills and improve their confidence under the mentorship of the MCC Foundation’s network of coaches.